What Is A Soy Candle? And Why Is It Better ? 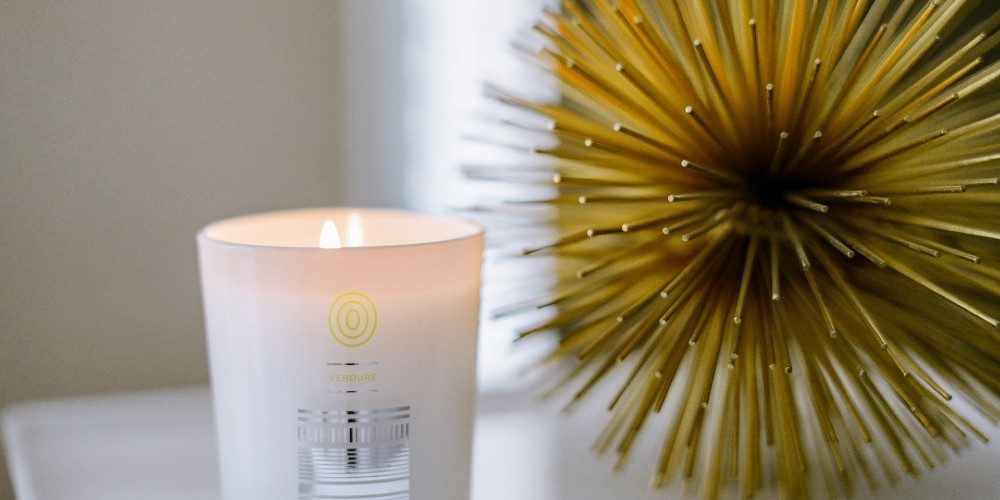 Originally starting out as a light source over 5,000 years ago, the humble candle has come a long way. Traditionally, these would have been made from animal fat. Also, these are used to light homes and paths as well as being part of religious celebrations. Although we no longer need candles for the same reasons, today scented candles are used in homes to provide uplifting or relaxing fragrances with the National Candle Association stating that ‘more than 1 billion pounds of wax are used in producing the candles sold each year in the U.S’ alone.

The most common form used to make candles is paraffin wax. A by-product created when crude oil is distilled to create gasoline. Furthermore, his is the cheapest option for candle makers. However, there are now alternatives such as beeswax, coconut and soy which offer many benefits. But what is a soy candle? And what are the benefits of using soy candles over paraffin candles?

WHAT IS A SOY CANDLE?

Soy candle wax is a vegetable wax made from soybean oil. It is separated from the solids through pressing and extraction. Hydrogen is then added to give the oil a more solid form before the fragrance is mixed in. And that’s it, the soy candle is complete. Many retailers use a mixed wax blend incorporating soy with other wax types to increase the durability of pillar candles. Also, some choose to add dyes. But at Malée, we believe in using simple, natural science to create great products. And choosing to create soy candles has a whole host of advantages.

THE TOP 5 BENEFITS OF SOY CANDLES VS PARAFFIN WAX CANDLES

Have you ever burnt a candle that developed a black ring around the top of the glass? Or had visible black smoke coming from the wick? This is caused by the wick using fuel at an inconsistent pace, causing a build-up of oil. Whilst evidence such as a 2007 study funded by the European Candle Association suggests that the small amount of soot and chemicals produced isn’t harmful to human health or the environment, it can be visibly unappealing. However, plant-based candles are shown to produce much less soot and toxins. A 2013 study published in the Bulletin of Environmental Contamination and Toxicology found that naturally sourced candles formed from palm stearin produced half as much soot as paraffin wax candles. The researchers also confirmed that naturally sourced candles release the lowest amounts of potentially toxic chemicals.

Soy candles generally have a lower melting point than parrafin candles allowing them to burn longer. In a 2002 study published in the Journal of American Oil Chemist’s Society, not only were soy candles shown to produce very little or no soot when compared with parrafin wax candles, soy candles also burned at a much slower rate. This means that your candle will last longer and hold its fragrance better as the oils are released gradually.

Malée’s Polyanthes Soy Scented Candle emits a unique, alluring fragrance which has been inspired by the enchanting essence of African night flowers. Containing a beautiful blend of floral tuberose, gardenia and lotus flower combined with warm vanilla and notes of blonde woods. This candle can be lit to create a sense of calm and sensuality. Providing an enticing aroma whilst you wind down. The wax is made from 100% natural soy bean oil, ensuring you have a long lasting burn time and subtle yet distinctive scent.

The wax used in paraffin candles is extracted from sources such as coal, crude oil, or petroleum. Not only is this bad for the environment due to the sources being non-renewable. Oil spills have had catastrophic effects on our planet. Soy candle wax is naturally sourced, having very little effect on the environment. During the creating process, the soybeans are cleaned and rolled into flakes before the soybean oil is extracted. The dehydrated flakes which don’t get used to make candle wax are then used in the creation of animal feed, leaving virtually no waste.

As a naturally sourced product, Malée’s Peppersage Scented Soy Candle wax is also safe to use on your body. Penetrating the skin with essential oils to nourish and hydrate. Using the warm oil on dry patches such as elbows and feet can work to hydrate and replenish. Leaving skin feeling soft and smooth. Our Peppersage fragrance has been inspired by African philosophy and traditions, combining black peppercorn with woody sage for a balanced and spicy scent which is perfect for your home as well as your body.

Being naturally sourced doesn’t immediately make a candle more environmentally friendly. Palm stearin is a common candle ingredient as its properties make the wax more rigid and longer lasting. However, stearin is the solid fraction of palm oil and according to independent organisation, the Union of Concerned Scientists, ‘oil palm plantations worldwide take up 40.6 million acres’ of the world’s land, often contributing to the deforestation and global warming issues that are so apparent today. Soy candle wax, however, is renewable and 100% biodegradable. Becoming a more environmentally friendly alternative compared to some other plant-based candles.

For those seeking environmentally friendly candles, beeswax can be a popular option. However, due to the human involvement in beekeeping and extracting the wax, many vegans would prefer to avoid these. Instead soy candles are 100% plant-based, making them suitable for vegans. Malée’s Ochre Scented Soy Candle has been inspired by the traditions of the Himba people of Northern Namibia. They use ochre as an ingredient for beauty products. Spicy cloves are perfectly complimented by warm cinnamon and petitgrain for a powerful and captivating fragrance which will make an impression. Made with 100% natural soybean oil infused with essential oils derived from plant-based ingredients. Our candles are vegan friendly and kind to the planet.

Paraffin wax is the most common and cheapest form of wax used in candle making. However, soy candles have several advantages for us and our planet. Vegan soy candles are made from soybean oil, which is renewable, biodegradable, and kinder to the environment. A lower melting point allows them to burn for longer whilst emitting a gentle, even fragrance over time. And the amount of soot soy candles produce compared with paraffin wax candles is minimal. Ensuring you have a beautiful, enchanting scent which awakens the senses.

What Is Aromatherapy And How Can You Use It?
5th September 2020

How To Use Skincare For Combination Skin
26th June 2020

What Skin Type Do I Have? Your ultimate guide
18th June 2020

The Hand Wash Steps You Should Never Skip
16th June 2020